The Story behind the Lee Valley Granddad Shirt...

The Irish ‘Grandfather Shirt’ often referred to as a ‘Grandad Shirt’ remains a firm favourite for many men and women around the world. This classic shirt, is forever linked with Ireland’s past and continues to remain stylish, it only improves with age. For me this collarless shirt has many memories, and brings me back to my childhood in rural Ireland.

What is a Grandfather Shirt?

A grandfather shirt or grandad shirt is a long-sleeved flannel or brushed cotton collarless shirt. Traditional shirts are white with coloured vertical blue, navy or brown stripes. Over the years there have been a few variations of this style but the ‘collarless’ shirt design has remained the same.

Today you can choose from a wide range of cotton fabric , crisp vintage cottons, tartan flannels, denim and striped flannel Grandfather Shirts the list is endless.

Longer shirts are often used as night shirts or pajamas as the material is comfortable and warm. The nightshirt version often includes a matching nightcap also known as a stocking cap, designed to prevent heat loss at night. 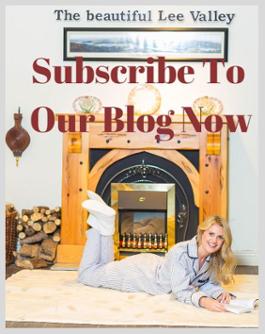 Historically grandfather shirts were very popular in Ireland, particularly for working men in rural Ireland. When working in the fields in the Lee Valley in West Cork, the traditional farmer favoured this collarless shirt as it was warm. He had little use for neck ties while he was working the land, and the collarless grandfather shirt proved a comfortable alternative. This style of shirt was also worn by working-class men in northern England during the industrial era. Lee Valley Ireland & The Grandfather Shirt
The Irish grandfather shirt was the inspiration behind setting up our Irish clothing company in the heart of the Lee Valley in County Cork.

For those of you who don’t know our history let me bring you back. In the early eighties people who had left the emerald isle, and who had travelled far away wanted to have a piece of clothing that would remind them of their heritage. I met many of these people in Ireland who spoke fondly of their memories of the shirt their grandfather used to wear in rural Ireland.

I also have fond memories of my grandfather wearing this type of collarless shirt. He had a range of these shirts but there was one particular grandfather shirt which always stands out in my mind. It was cream with a faint blue stripe, made of cotton and had four buttons on a half placket down the front.

This was my grandfather’s favourite shirt, he had an attachable stiff collar but he never used it for this particular shirt. He loved the shirt because he met his wife wearing it, and he always said that they don’t make shirts like this anymore.

This staple garment became the first clothing item in the Lee Valley range which has grown year on year for 30 years now.

The ‘Lee Valley Grandfather shirt’ was designed with the aspiration to bring you back to a place you thought you’d left forever.